The machine is composed by:

- Vacuum bench created to contain even more the nebulized adhesive, equipped with a silent and powerful engines, set on wheels for an easy displacement inside the factory.

- Spray gun G6 designed for both precise and large areas bonding. In particular it is possible to spray the glue from a minimum of 3 mm up to a maximum of 50 mm.

- Press supplied with base and a mould for women's shoes and boots. The machine is provided with a timer and an equipment for eliminating bending of the upper during the pressing phase.

Combined with spray systems, it becomes a working station to speed up and optimize the working process while guaranteeing a perfect bonding quality - even for synthetic materials - using water based adhesives.

Thanks to the particular mould characteristics with temperatures adjustable up to 140 degrees, the upper has such an arrangement which will make easier the next assembling phase.

All the spray gun functions can be adjusted: quantity of adhesive, width of jet and quality of distribution even on different thicknesses.

The tank is conceived in a way that allow the use of the adhesive in bag in box avoiding to make dirty the tank and to filter the glue thus preventing the contact with air which can alter its properties.

The operator after bonding the toe-puff on the upper and after applying the adhesive, puts the upper upside down between the mould and the pad.

Pushing the pedal, the upper mould will lower till reaching the lower mould and after it will block.

Immediately after it is necessary to push the side buttons with two hands, without releasing the pedal, so that the mould will be totally closed for a pre-defined time.

In this way the stretching phase will be over and the upper will be released and ready for the assembling. 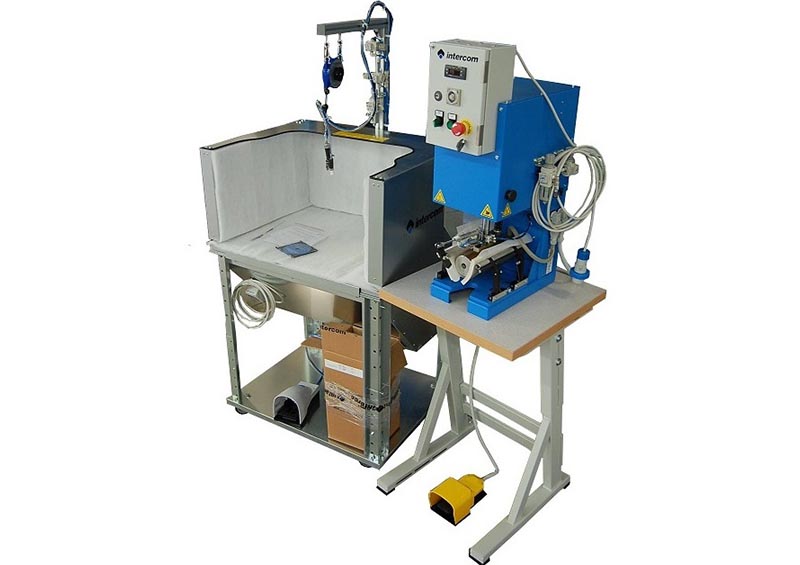 Message sent successfully!
Thank you for contacting us.
You will be contacted as soon as possible to one of the addresses on the form.

X Informative - This site uses cookiesincluding third parties for Optimize the user experience while navigating and enable basic functionality; collect anonymous statistics; Profile the user to send him advertisements in line with his preferences.; offer additional features such as maps and social widgets
Click here to deny your consent. If you want to know more or deny consent to all or some cookies Click here.
If you do one of these things, you agree to the use of cookies: Click on button 'OK' on banner; Cliccare on button 'Activate cookies' inside blocks; Scrolling the window; Closing the banner.
OK